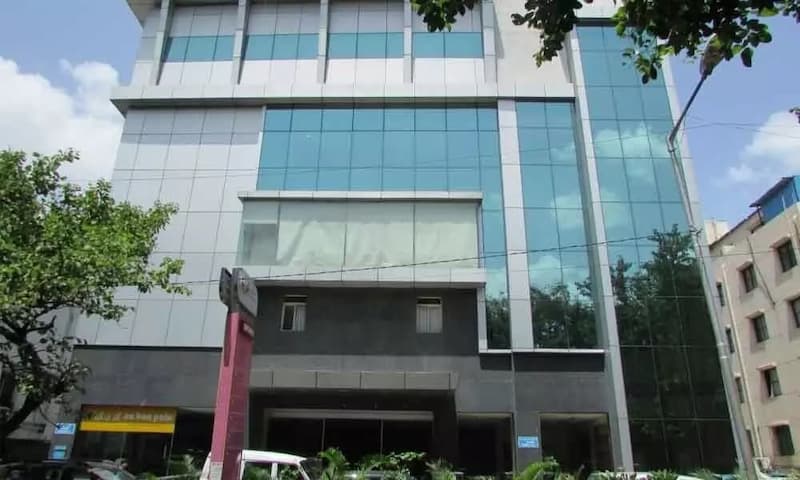 Akshata’s parents visited a doctor after she began to complain of pain in the left side of the abdomen beneath the rib cage along with bouts of vomiting and loss of appetite for two weeks. Her parents also noticed a bulging mass in her abdomen region and consulted a paediatrician.

The paediatric doctor immediately advised an ultrasonography scan and referred her to HCG Cancer Centre, Gulbarga.

At the Gulbarga division, post the CT scan of the abdomen, doctors confirmed that there was a mass lesion arising from her left kidney. They were again referred to the Paediatric Oncology Department of the HCG in Bangalore.

After her admission, her case was taken up by Dr Intezar Mehdi and his team of doctors. They advised an initial staging scan and the results confirmed that the tumour was confined to her kidney alone.

“It was a large tumour measuring up to 10 cm in one axis with solid and fluid-filled areas, the tumour thrombus was ascending the kidney blood vessel backwards towards the inferior vena cava, a major blood vessel that takes blood back to the heart. It was inoperable, given the risks involved during surgery,” said Dr Intezar Mehdi, Consultant Paediatric Hemato-Oncologist, HCG Cancer Hospital, Bengaluru.

Most kidney tumours are picked up incidentally during a routine clinical examination or noticed by family members. But, some kidney tumours manifest through abdominal pain, vomiting, fever, loss of appetite, blood in the urine or high blood pressure.

After careful discussion with the paediatric multi-disciplinary team, they decided that it was best to treat the child with protocol-based chemotherapy SIOP 2001 before surgery to shrink the tumour. She had to undergo chemotherapy for 4 weeks and she responded positively. The CT scan revealed regression in the tumour size.

Once the doctors could confirm regression in her tumour, she was taken up for surgery. The tumour thrombus in the IVC had regressed and the tumour was removed.

“The histopathology from the tumour in the kidney was Wilms tumour- blastemal predominant and showed good necrosis. Based on the protocol, and response to chemotherapy, she needed further chemotherapy postoperatively, along with radiation to the abdomen. This would achieve better success in her treatment; to ensure that this gives her the best chance to remain cancer-free for her life” he added.

Speaking about the aid received from HCG, Akshata’s mother said, “We were financially exhausted and were not in a position to afford the treatment costs. My husband had also met with an accident during the same time, and we had no source of income back home.

The hospital management helped us in a great way by waiving a huge amount of treatment costs, and her medicines were provided free from the HCG Foundation.”