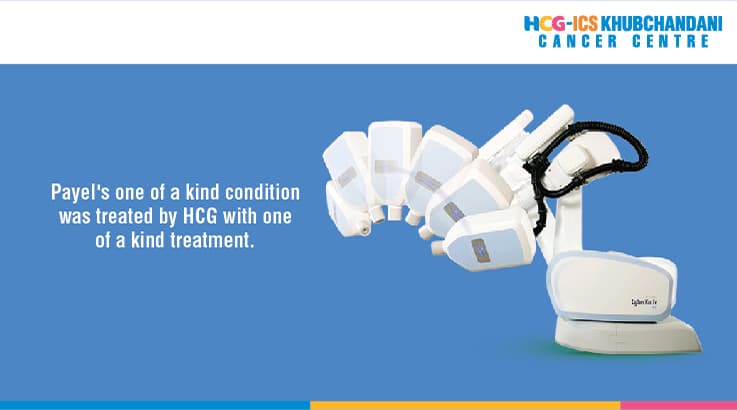 With all the dancing and jumping around the house, 3-year old Payel was a vibrant child. However, things changed forever the day she felt a sharp pain and witnessed swelling in her left foot. Doctors brushed it off to be a minor hairline fracture, but it was not. Thus began Payel’s stint with hardships – may it be her first surgery at age 12 to remove a tumour in her left forefoot or her recent encounter with trigeminal neuralgia.

Hope, her zest for life, support from her parents and brother, and lastly, her love for writing are few things that have kept Payel going all these years.

Battle against a Rare Genetic Disorder

After a series of misdiagnoses, it was in 2009 during her liver transplant, she found that she was born with a very rare genetic condition called von Hippel-Lindau or VHL disease, wherein the growth of the tiniest blood vessels or capillaries is affected. Instead of evenly branching out to various organs, the capillaries in VHL patients form visceral cysts and benign tumours or even cancers in multiple organs like brain, spine, ears, eyes, lungs, liver, and kidneys.

Due to VHL, Payel has encountered multiple health complications such as benign brain tumours known as leptomeningeal hemangioblastomas, haemorrhaging tumours in the liver, kidney cancer, multidrug-resistant tuberculosis caused due to suppressed immunity, and trigeminal neuralgia. Although VHL has no cure, it can be managed with medications and regular screening tests.

Payel, who is now 40 years old, has undergone more than 14 surgeries and radiation therapies, one expensive than the other.

She managed to keep her health in check through several medications until one day in January 2020 when she experienced a piercing and unbearable pain in her right eye while she was reading. This excruciating pain was caused due to trigeminal neuralgia. Along with the pain, she experienced electrical sensations throughout her face and could barely keep her right eye open. She also had difficulties with chewing.

Most of the specialists she consulted, suggested MVD surgery or Radiofrequency Lesioning (RFL). Her existing conditions did not support her to undergo surgeries or RFL, which left with her no choice but to look for a non-invasive form of treatment.

After extensive research, Payel came across an article on HCG – The Specialist in Cancer Care and
Dr. Shankar’s success in treating an 83-year old patient with trigeminal neuralgia through Robotic Radiosurgery, an advanced non-invasive form of treatment.

She immediately got in touch with HCG-ICS Khubchandani Cancer Centre, Mumbai, where Dr Shankar practices as a radiation oncologist. After learning more about the centre and Dr Shankar’s expertise, Payel decided to get her trigeminal neuralgia treated here, where she underwent Cyberknife Radiosurgery.

Cyberknife Radiosurgery is a non-invasive form of treatment which is generally used in cancer treatment; however, it is proven to be successful in the treatment of trigeminal neuralgia too. Through its robotic arm and real-time image guidance system, Cyberknife precisely targets and delivers a beam of high-dose radiation to the particular location of the trigeminal nerve root to inactivate it. The radiation will then work on the nerve to subside or eliminate the pain. The whole procedure usually takes less than an hour. Studies have shown that Cyberknife can effectively treat trigeminal neuralgia in 9 out of 10 patients in one month.

Every case at HCG is treated with a multidisciplinary approach that helps us ensure that our treatment would be helping the patient to reach the best state of health possible. It was not any different in the case of Payel. Her condition was thoroughly analysed, discussed and only then was the Cyberknife radiosurgery performed.

HCG created a warm and positive environment for Payel, who underwent Cyberknife treatment in March 2020. 24 hours post-treatment, the shooting pain and electrical sensations she experienced before had disappeared. She had no serious complaints and her problems with chewing had also disappeared.

You can watch her speaking about her experience at HCG in this video.

HCG wholeheartedly wishes that Payel is victorious in her fight against VHL and more and more people get to read her writings in the coming days.