Are You A High-Risk Individual for Lung Cancer? Check Out Here

Home / Blog / Are You A High-Risk Individual for Lung Cancer? Check Out Here 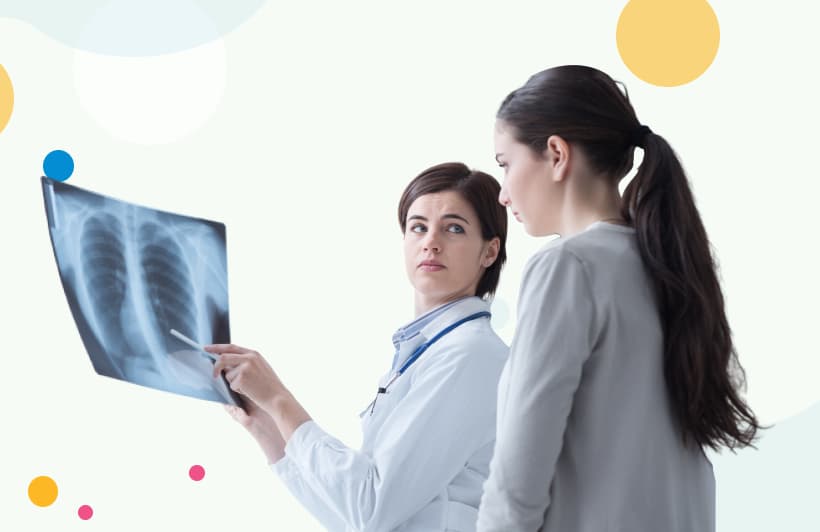 Lung Cancer is one of the challenging cancers that need to be dealt with swiftly and treated aggressively. Lung cancer is the second most common type of cancer and also a leading cause of cancer deaths both among men and women worldwide annually.

Though lung cancer can happen at any age, there are certain risk factors that can trigger this life-threatening condition.

What Is Lung Cancer?

Lung cancer is a type of cancer that originates in tissues, the lining of the air passages of lungs responsible for the intake and transportation of oxygen and exhalation of carbon dioxide.

Are You At Risk Of Lung Cancer?

Remember, smokers are more prone to lung cancer than non-smokers, and the only way to escape this fatal disease is to quit the habit, now!

It is highly recommended to test your houses (especially if you are living in an old structure) for the presence of radon.

The incidence of lung cancer is also often noticed in those working in mills, mines, textile industries, shipyards etc., where asbestos is widely used for insulation. Continuous exposure to asbestos leads to mesothelioma, a type of cancer that originates in the pleura – the lining surrounding the lungs.

Arsenic, the natural semi-metallic chemical widely found in groundwater, is one of the main triggers behind lung cancer. Drinking water laced with arsenic causes sore throat, irritated lungs thus, leading to lung cancer. If you are experiencing nausea, vomiting, diarrhoea, a sudden outbreak of skin, muscle weakness, get your drinking water tested for the presence of arsenic.

Pollution is a proven reason behind the growing number of lung cancer cases, worldwide. According to estimates, around 5% of lung cancer deaths are due to severe exposure to air pollution.

Lung cancer is also noticed in patients with a history of previous radiation therapy to the chest while getting treated for other cancers, like Hodgkin’s Disease, women who receive radiation around the breast region after mastectomy.

Genetic factors also play a pivotal role in getting affected by lung cancer. It is often seen in those whose parents or siblings have been diagnosed with a similar type of cancer or with a strong history of cancer running in the family.

Doctors suggest extra caution in those with the habit of smoking marijuana and E-cigarettes also.

Can Lung Cancer Be Diagnosed Early?

Lung cancer may not present with any obvious symptoms at the early stages. If you are a smoker, exposed to radon gas, asbestos or with a family history of lung cancer, it is highly recommended to go for regular testing, at least annually.

While a simple x-ray can give a basic idea of lung health, doctors recommend annual CT scans to make sure if everything with the respiratory system is fine.

What Is Lung Cancer Screening?

Screening tests, including blood tests, genetic tests identify markers linked to the disease, while imaging tests project the images of lungs inside the body.

What Should I Do If I am Diagnosed With Lung Cancer?

Do not panic. The treatment of lung cancer has evolved multi-fold over the years and advanced cancer care makes it possible to deal with it positively.

Talk to your doctor about the course of treatment plan, tenure, surgery, chemo and radiation therapies.

Your doctor would take a call on the number of chemo and radiation sessions, depending on the stage of cancer.

In certain cases, oncologists may recommend chemotherapy and radiation before surgery to kill or shrink the size of cancer cells.

Staying positive is of paramount importance while you are combating cancer.

What Are The Chances of Lung Cancer Recurrence?

There are chances of lung cancer coming back after completing the treatment. Known as recurrence, it can happen at any time but is often found within 5 years from the last treatment.

Keep up with your follow-up appointments, eat healthy, stay in a clean environment and quit smoking. Also, do not forget or pause taking prescribed medications.

Most importantly, lead an active lifestyle, do simple workouts as recommended by your doctor.