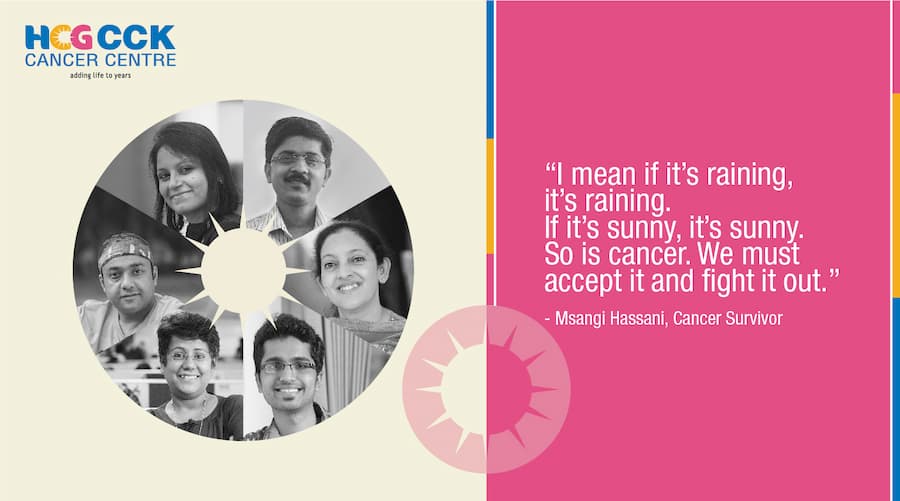 Msangi Hassani never looked like a 45-year-old gentleman.  His energy and smile were enough to mistake him for a teenager. He always carried his smile wherever he went as he sold food across Tanzania.

His love for football was second to none. He would hardly miss a match on TV especially if his favourite teams, England or Spain were playing. With a loving son and a wife, he couldn’t ask for more.

It began as a small headache as he went about with his day-to-day job. Msangi often dismissed the headache citing the scorching Tanzanian sun as the cause for it. As months passed, the pain started worsening.

It came to a stage where one fine day Msangi lost all consciousness and fainted at work. As he lay on the floor, his colleagues gathered around and sprinkled some water on him to bring him back to consciousness. This was only the start. The blackouts became more frequent and Msangi was worried that one day he might not wake up at all.

Perplexed and worried, Msangi sought the help of a local Tanzanian hospital. The doctors diagnosed the pain as a normal headache and prescribed him medicines to suppress it. Msangi diligently took the tablets for the next six months, hoping that things will be back to normal.

That, however, was not the case. As the days passed, his headaches only got worse and it came to a point where Msangi could not bear them anymore.

This time he visited a hospital in Nairobi where the doctor did a thorough examination of his case. The doctors at the centre identified the cause as Astrocytomas (a rare type of brain cancer that affects the astrocytes which are critical for the brain to function).

By the time Msangi knew the reason for this constant headache and frequent blackouts, he was already in the 2nd stage of Astrocytoma. They suggested him to go to India for the treatment.

Soon after his visit to the doctor’s, Msangi broke the news to his family. It was a shock as one couldn’t expect anything else with news like this. What was different was their optimism. Right from the very start, they believed things will be better. They believed that this cancer was only a temporary setback.

With his family’s prayers and hope with him, Msangi landed in India in 2014 at HCG KR Road for the treatment. The toll of the journey had both affected him physically and mentally. The headache along with the fact that he was thousands of miles away from his family made the battle even more difficult.

As he went across a mix of emotions, he never once stopped smiling and perhaps that was his greatest strength. He began undergoing surgeries with multiple rounds of chemotherapy and radiation. It bought with it an onslaught of fatigue and pain which he fought every day and it could not take away his optimism and smile from him fought every day during the course of the treatment.

Resting Faith in a Higher Power

As he began battling the pain of treatment he turned towards his faith which was central to his life.

Msangi was a devout Muslim and always believed that Allah was there for him. His firm optimism is often supported with the way he saw life.

“As a Muslim, I always believe that Allah is there to take care of me come what may. I know that whatever I am going through is temporary. God will always take me to a good place at the end”, he says.

As months passed, he started getting better, and his pain started reducing. He recovered gradually with the help of his childhood friend who later flew from Tanzania for moral support.

Cancer as disease often invokes fear amongst us. It is often considered to be a one-way road, and there are times when people give up before even deciding to fight it. In the case of Msangi, he often attributes his inner strength to the way he sees life.

“I mean if it’s raining, it’s raining. If it’s sunny, it’s sunny. So is cancer. It is important that we accept it and fight it right away, rather than brood in one corner.” He says.

It’s been five years since his treatment, and Msangi remains more than jubilant as he makes his 4th trip for a regular check-up in India. His triumph over cancer is a living example of hope & optimism as he lights up the hospital staff with his warm smile. His headaches have stopped, and the blackouts have disappeared completely.

His word of advice to people suffering from cancer is:

“Make it a point to always come to the hospital for regular check-ups. You never know what you might be suffering from. Always remain calm and never panic even if it a case of cancer. Rest your faith in God and follow what your doctor says. Lastly, stick to your medicines.”

Msangi also thanked the team at HCG for their support.

“I feel much better after my treatment. Thank you, HCG for taking the utmost care. My special thanks to Dr.Sridhar for his treatment & guidance. God Bless HCG”.

As Msangi carries on with his check-up, he gives a firm yet reassuring handshake to the staff with a sign of gratitude and cheerfulness that continues to inspire others.